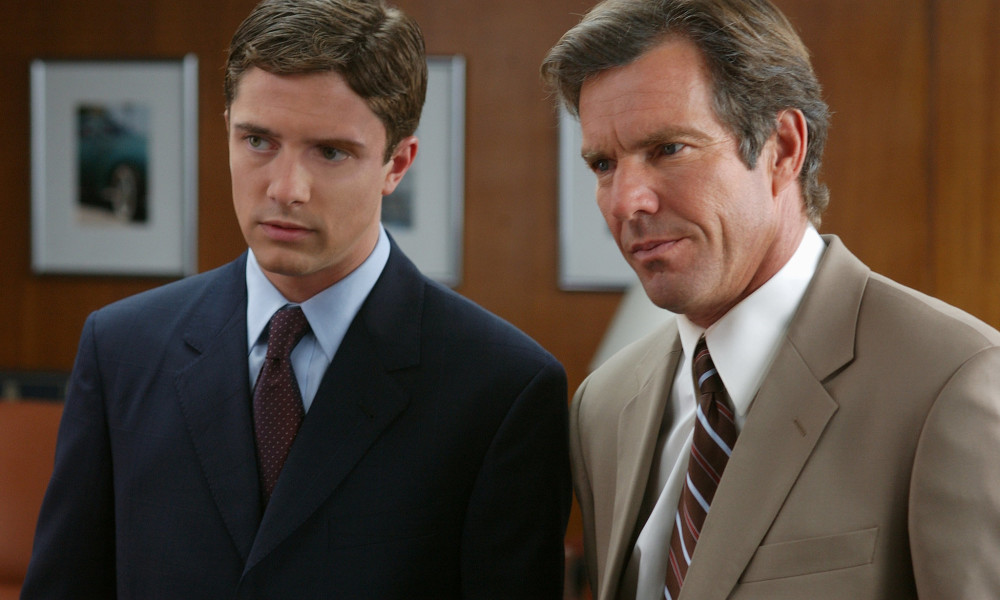 In Good Company is a 2004 US romantic comedy film, directed and written by Paul Weitz.

The plot is set around a middle-aged advertisement exec. The company where he works is acquired by a big transnational enterprise leaving him with a new boss who is nearly half his age. The situation is complicated when the new boss gets infatuated with his daughter.

In Good Company received favourable judgements from the public and critics alike, scoring 82% on Rotten Tomatoes Tomatometer, and cashed in $61 million.

Mark, a seasoned Globecom sales rep, is hired by Sports America to market the magazine. Dan is 51. He has worked for Sports America for more than twenty years in advertising and sales). He is replaced by Carter, who is only 26 years old (and has no prior experience in the field).

Dan is fortunate to keep his job (as Carter’s subordinate). Still, several others in the company are fired in quick succession. In the meantime, the remaining employees feared losing their jobs.

Employees need to cope with job uncertainty while adjusting to Mark and Carter’s new corporate culture introduced and exhibited. Dan finds himself in uneasy circumstances as his long-time background is questioned in the contemporary cultural climate.

Also, if In Good Company is almost 20 years old, it is a movie worth watching in a historical moment when the uncertainty will probably stay with us for a while, even at work.