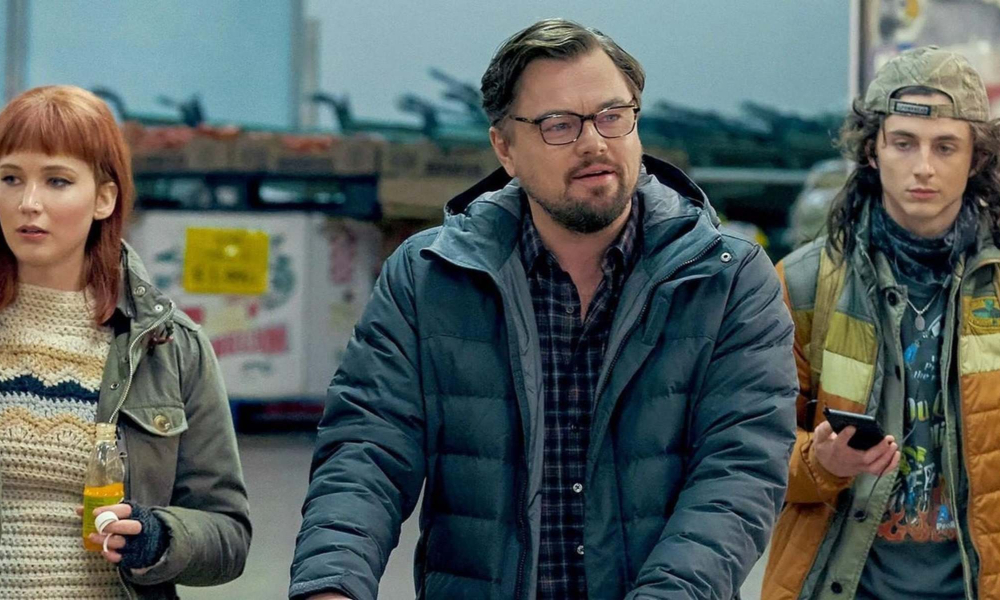 Don’t Look Up is an apocalyptic-satirical science fiction movie starring Leonardo DiCaprio and Jennifer Lawrence. It is the story of two astronomers who try to warn people about a looming comet that could destroy humanity.

Produced by Hyperobject Industries and Bluegrass Films, the film was announced in November 2019 and sold by Paramount Pictures to Netflix several months later. After broadcasting, It set a new record for the most viewing hours in a week on Netflix. It became the second most-watched movie on Netflix within 28 days of release.

Don’t look up collected diverse judgments from critics, who applauded the cast but were divided on the worths of McKay’s satire, while receiving more positive reviews from scientists.

The film can be considered a metaphor for anthropogenic climate change and show our ironic resistance to accepting and listening to scientific facts. Based on the movie, the degree of human resistance to scientific know-how appears to be a common scenario.

The film is like a mirror that reflects our culture and shows how it has lost its capacity for introspection and reflection. It disturbingly reveals a regimen of anti-intellectualism within our lives, making many of us entirely incapable of organic and reflective conversation.

Research indicates that humans are not always be guarded by their capability to process explicit bias: our decisions are influenced by unconscious activity in our brains.

Implicit bias becomes a form of implicit social cognition (our ability to make judgments and decisions about other people’s personalities or behaviors).

This kind of biased logic also extends to recruitment decisions.

In such a scenario, Don’t Look Up becomes an excellent example for human resources managers who need to analyze all facets of the recruiting cycle, from the marketing efforts until after the hire, to detect any potential biases.

It, therefore, becomes essential, before making any critical decisions, to perform a quick analysis of the actors and dynamics in place, to try to identify situations in which our biases can lead to incorrect conclusions.

This does not imply the total certainty of going beyond our limitations of thought. Still, it will improve our ability to arrive at the best decision for candidates and the company in the long term.